Andrea Sutton, a mom in Firestone, Colo., was trying to put her 3-year-old son Daniel down for a nap, but he wasn’t having it. It was January, too cold for him to burn off much energy outside, and he was restless. She read him some books to settle him down and then left him to fall asleep.

She returned with her 4-year-old daughter a little while later to check on him. They found him hanging from the cord of the window blinds, wearing like a necklace the V-shaped strings above a wooden knob that lowers when the blinds go up.

“When my daughter and I found him, we didn’t know how long he was strangling,” says Sutton, who now, eight years later, lives in Berthoud, Colo. She immediately called 911 and did CPR until the paramedics arrived. “They tried to do as much as they could, but I knew he was gone,” she says. “A mom just knows.”

Daniel Sutton, center left, with his family before his death.

She does not know exactly what happened. The coroner said Daniel probably wanted to look out the window, and Sutton said he may have pushed his small car-shaped toddler bed slightly closer to the window to reach. The blinds had only a single cord below the wooden knob, and the cord was tied up — both precautions the industry had recommended to reduce risk of strangulation.

But it wasn’t enough, as most industry precautions have been over the years. Now, the industry is about to make their biggest change yet, removing nearly all blinds with cords from the market. But millions will still be hanging on parents’ windows.

Sutton’s story isn’t unusual. In fact, more than 16,000 children in the US were treated in emergency departments for injuries caused by window blinds between 1990 and 2015, an average of almost two children every day, according to a study published Monday in Pediatrics. Although most of those children (93 percent) weren’t seriously injured, 271 children died during that time.

Almost half of injuries overall involved being hit by the blinds, usually causing only cuts or bruises, but more than 1 in 8 children (12 percent) became entangled in blinds’ cords. Two thirds of children who became entangled in the cords died, averaging nearly one child every month for the past 26 years. And those are just the injuries and deaths recorded in the two databases used for the study.

The researchers analyzed all injuries between 1990-2015 to children under 6 years old reported in the National Electronic Injury Surveillance System (NEISS) and the In-Depth Investigation databases maintained by the Consumer Product Safety Commission (CPSC). But these databases underestimate actual injuries, since they only include children treated in emergency rooms, explains Dr. Gary Smith, a study coauthor and director for the Center for Injury Research and Policy at Nationwide Children’s Hospital in Columbus, Ohio.

“Injuries treated in emergency departments do not represent the complete spectrum of injuries associated with blinds,” Smith wrote via email. Some injured children stay home or see a non-emergency medical professional. “In particular,” Smith added, “the NEISS may not capture fatal injuries that are not transported to the emergency department or occur after inpatient admission.”

Like 3-year-old Daniel, most of the children who die are toddlers, and 43 percent were last seen asleep or going to sleep. Another third were playing, and 14 percent were watching TV.

“Most of these accidents happen during nap time or when they’re supposed to be sleeping, and no one watches their child while they’re sleeping,” Sutton says. “It only takes under a minute for a child to lose consciousness because their air supply is cut off.”

“You can’t make a lot of noise because you can’t breathe,” Sutton says. “You can’t yell out.”

“Kids are smart and impulsive and curious by nature, and we either anticipate what their development is right up front or we react to it,” Hoffman says.

Pediatricians and pediatric health care providers need to educate parents on the risk during well child visits, particularly before children reach the ages of 1-4 years old, when they’re at the most risk, Smith says.

“But messaging is not enough,” Smith adds. “Designing the problem out of existence, in this case by manufacturing only cordless blinds, is the most effective strategy.”

Corded blinds have long dominated the market and cost less than cordless ones, but that’s about to change. The CPSC has long been aware of hazards of corded window blinds and considers them among the five most dangerous hidden hazards in homes. They recommend only cordless window coverings in any place children might live or visit and have recalled more than 5 million window products, “including Roman shades, roller and roll-up blinds, vertical and horizontal blinds,” they state on a poster showing (with a doll) how children can become entangled in various corded products.

“We’re about to approve the most significant change to the safety standards that there’s been since it was created in 1996 by segmenting the market and forcing all stock products to have no accessible cords,” says Paul Nathanson, spokesperson for the WCMA. That is, any mass-produced window product sold in retail and online stores must be cordless or have no accessible cords.

“Most window coverings sold are stock window coverings, and CPSC staff believes the draft standard offers a vast improvement in addressing the strangulation hazard,” the CPSC said in an emailed statement, adding that the new standards “will be a major step forward in protecting children.”

The guidelines are nearly complete and awaiting approval from the American National Standards Institute, after which the WCMA anticipates full compliance from manufacturers by the fourth quarter of 2018.

“By this time next year, 90 percent of the products for sale in the U.S. and Canada will be cordless,” Nathanson says. “If you want a corded product, you’re going to have to have it custom-made, which is going to be more expensive, and they’ll have a salesperson give a safety lecture that homes with children should not have corded products.”

These standards are called “voluntary,” though that term is misleading, explain both Nathanson and Joe Martyak, the CPSC director of communications. Once adopted and enforced, manufacturer compliance is mandatory. “Voluntary” refers to industry’s voluntary participation in the process of developing guidelines, which also speeds them up. Federally mandated standards take a long time to develop and pass, require a public comment period and take even longer to modify.

Congress recommends voluntary industry standards be considered first because industry, government and consumer groups work together to develop them from the start.

“It can happen more quickly, you can have a consensus when it’s done, and you already have the industry people at the table,” Martyak says.

Previously, in 2015, the WCMA created the Best for Kids program through the Window Covering Safety Council to give “Certified” status only to products with no cords or inaccessible cords, aligning with CPSC recommendations.

Ten years earlier in 2005, Parents for Window Blind Safety created a “Lab Tested, Mom Approved” seal of approval for cordless products or those with inaccessible outer cords. They note that strangulation occurs in licensed day cares and in military housing too, though the latter should be changing.

What Parents Can Do Now To Reduce Strangulation Risks

Last year’s National Defense Authorization Act included a provision from Senator Richard Blumenthal, D-Conn., that “directs the Secretary of Defense to remove and replace window coverings with accessible cords from military housing units in which children under the age of 9 reside,” states a press release from Blumenthal’s office. That provision, however, did not include an enforcement mechanism or funding for the directive. Maryland is the only state to address the issue: A 2010 law banned corded blinds in day cares and foster homes. Other legislation, such as a California bill in 2015, never passed.

Even these laws and new standards likely would not exist if not for parent advocacy, says Linda Kaiser, president of Parents for Window Blind Safety, whose 1-year-old daughter Cheyenne strangled on a blind’s inner cord.

These changes should have been done a long time ago,” Kaiser says. She said Canada is already about to ban all corded products, which she’d like to see in the new standards. “I believe what [the WMCA] did was commendable and good, but I believe there’s still work to be done.”

Nathanson said the technology is not yet available to create cordless blinds that meet the needs of special populations or situations.

“Homes with children should not have corded products,” he says, but “there is still consumer demand for some corded window products.” He listed people with disabilities, short people and situations when a window is not easily accessible, such as behind a furnace. He added that WMCA is working on cordless products for these situations.

“They have special accessible wands to operate the window coverings, making cordless and inaccessible cords a better choice for the elderly and people with disabilities,” she says. She said more cost-effective motorized products will hit shelves soon too. “Motorized is revolutionizing the industry,” she says of prototypes that manufacturers show her for feedback.

Still, millions of products will remain in homes after the new standards go into effect. WMCA and the CPSC both have education and awareness campaigns similar to the parent group’s campaign to encourage parents to ditch corded products.

“Millions and millions of window coverings out there have cords and exposed string in them,” Martyak says. “We are trying to get out the urgent message to be aware of the hidden danger, especially if you have young children around or visiting.” He recommends parents pull the blinds way up so they and the cords out of reach or, if that’s not possible, to use alternatives such as shades.

But the awareness campaigns and new standards still neglect a major problem: too many families cannot afford to buy new blinds.

Some families can start small with windows in one room at a time, Smith recommends, starting with rooms where their children spend the most time, such as children’s bedrooms and the living room. But many other families cannot even do that.

“The most vulnerable families don’t have a choice because they live in subsidized housing or rental properties,” Hoffman says. “Everything about injury prevention is harder if you don’t speak English, have a lower educational attainment or low socioeconomic status.” Often, tenants are not even allowed to remove or replace blinds even if they can afford to.

Kaiser wants to see a federal law banning corded products at least in standardized and multi-family housing, which CPSC and WCMA have said they will work on. Until then, plenty can be done to ensure parents are aware of the risk in the first place, Sutton says.

“We’re told to cover up the electrical sockets, to put locks on the cabinets and the drawers,” she says. “But we’re not told about the corded window blinds. That should be something that, when you’re taking home your baby, should be incorporated into the safety information nurses tell you.”

Sutton knew to tie up the cords. If she had known that wasn’t enough, that she needed to cordless blinds instead, Daniel would have celebrated his 11th birthday last October. 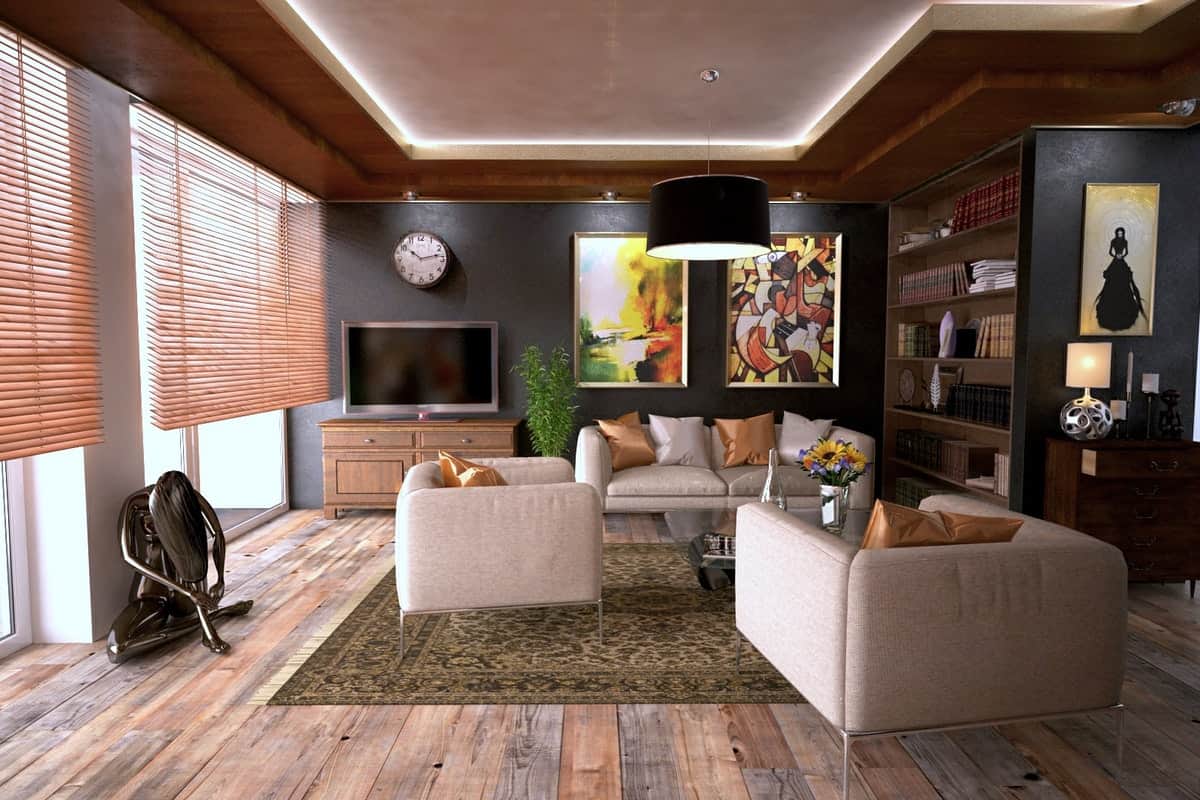 What design trends are slated for the most au courant homes in the new year? New Homes & Ideas rolled up its collective sleeves to research this question and quiz area experts to compile the following list. 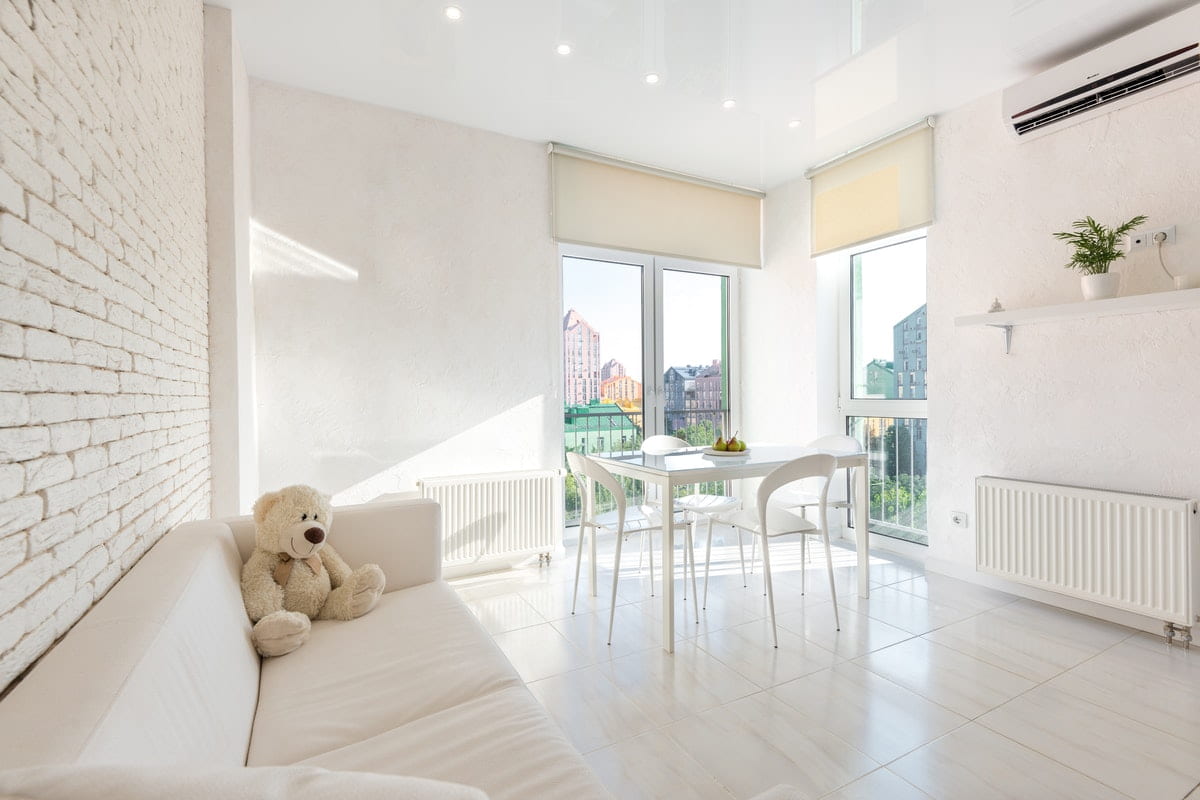 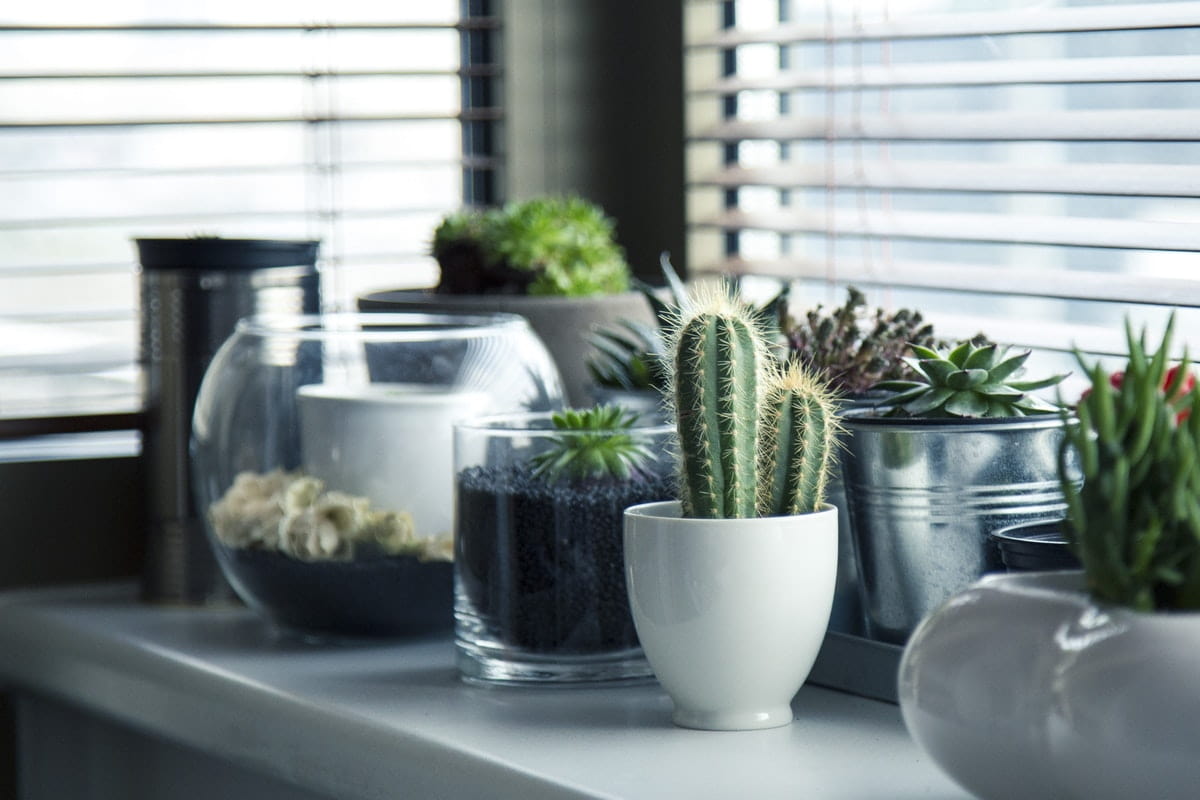 Guide to Choosing Blinds And Shades

Are you trying to control light and privacy? This guide to choosing blinds and shades will help you find the best window treatments for your home. 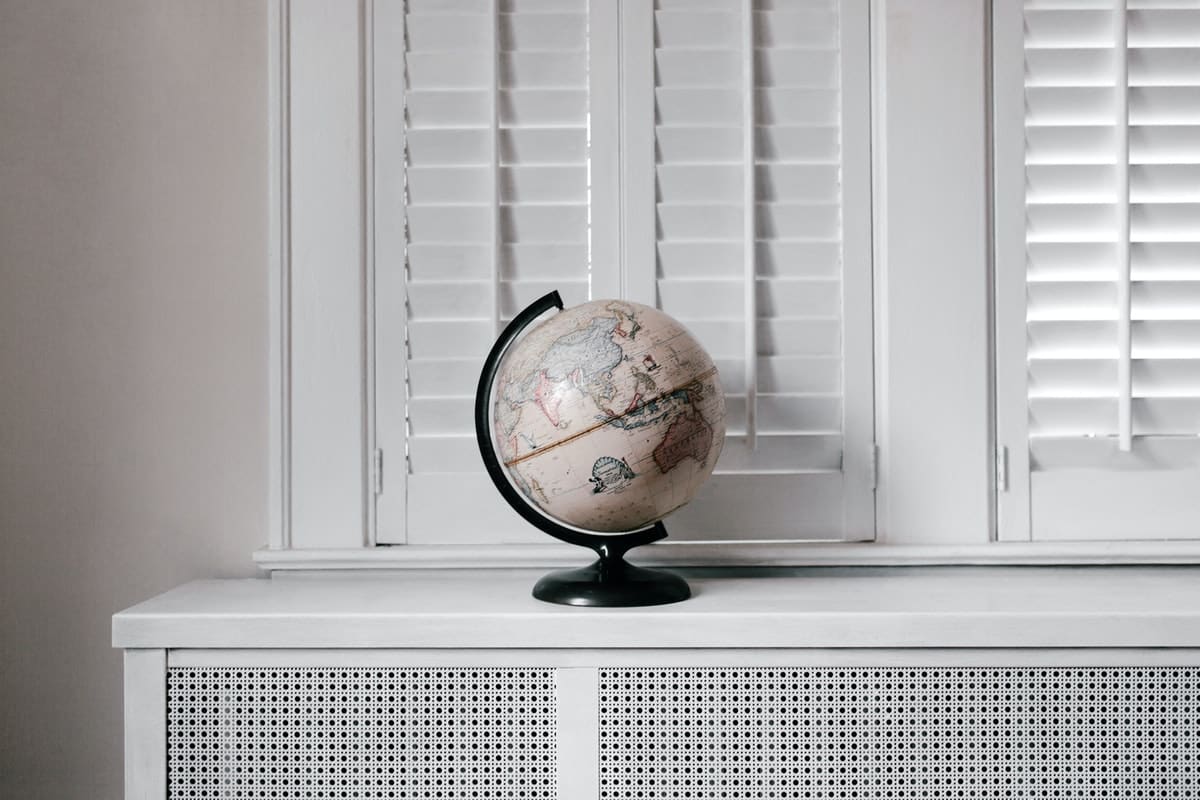 Select Shutters And Blinds offers everything you need to create the perfect window treatment. Blinds, shades and shutters to fit the style of your home.